What is Android Emulator?

Android Emulator is a software that turns your device into a specific android device and focuses on recreating an original computer environment during emulation. Android emulator is specially designed for running android apps and games on PC and Mac Laptop. It allows you to give your device a complete android environment and let you play whatever you want with ease.

What are the benefits of the Android Emulator?

Android Emulator is a complete platform virtualization that comes with so many benefits. Like it is the best choice for playing games on PC. If you are a game lover, then Mobile is not the best option because of its small screen and low data space. On the computer, you can enjoy the uninterrupted gameplay in a better way with better controls of PC/laptop with the help of an android emulator. Emulators provide you best graphic quality and more useful features related to games which original hardware doesn’t have. You can play different famous android games like PubG, Throne, Fortnite, Battleland Royale and many more with ease.

Moreover, Android emulators help you to maintain the original look of android apps and let you use app sam as you use on android phones or tablets. On the other hand, Emulator is the best option for android app developers who can check their apps easily on PC/Laptop. Emulators allow developers to set up virtual Android devices in their workplace which helps them to test their newborn android apps quickly in the development cycle. For more benefits download any of your favorite android emulators from the given list and enjoy a complete android environment on your PC desktop for free.

ARChon android emulator is on the number ten in our list because of no warranty of this emulator is available. Otherwise, this app comes with many useful features and a lightweight app as compared to other emulators. This emulator only works on the Google Chrome browser that’s why it is lightweight. Once you installed ARChon as an extension on your Google Chrome Browser you can run a number of android apps, games and much more in your Chrome browser with ease.

This emulator support all platforms including, Linux, Windows, Mac OS, etc. You can add an ARChon extension on your Chrome browser from here. For installing the ARChon, simply download the ARChon runtime and unzip it. After that upload the file from unpacked extensions. Follow this method setting –  Extensions -> Checkmark the “Developer Mode”. And you are ready to Play Android apps on your PC. 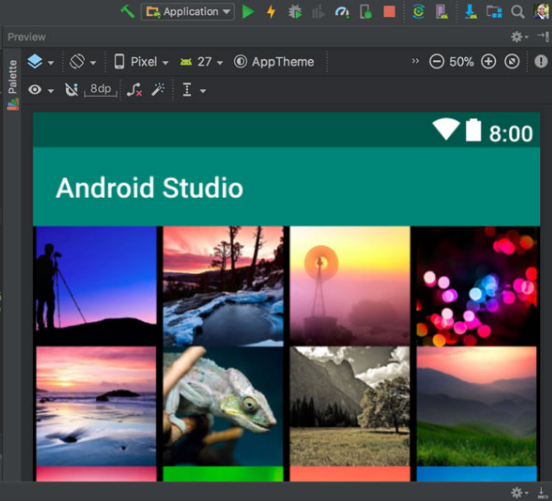 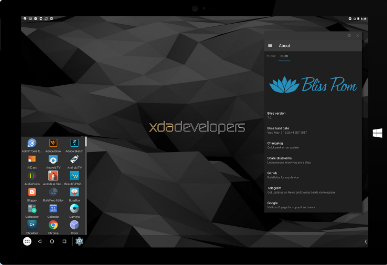 If you want to enjoy a great Android experience on your PC then try Bliss OS. It is another great operating system that helps users to run all of their favorite android apps and games on PC. Bliss OS is also specially designed for android developers which help them to test any of their android apps fastly. It’s a user-friendly app that comes with great security functions.  It has a well designed and advanced customization theme with high-speed software. Now you can get the great android experience on your desktop with Bliss OS. Download Bliss OS from the official website and run any android app and games on PC and Mac with ease. 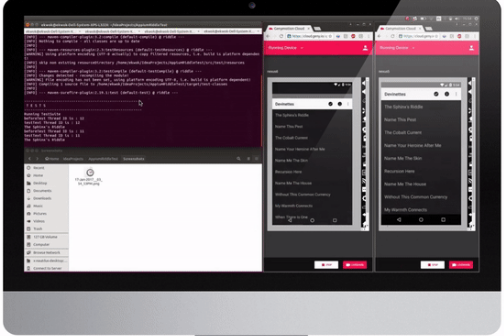 Genymotion is another great android emulator that provides everything on a single platform. It helps the Android developers to scale their apps automated tests or let you embed the android app in websites. Genymotion is a cloud-based android emulator that works fast and support services are as good as they describe. It allows android developers to enjoy seamless ADB access and provide easy compatibility with their testing framework like Robotium, Espresso, etc. You also can enjoy the highest streaming performance of the android app with low latency with smooth interactive access. Download Genymotion from the official website and run your favorite apps and games with ease. 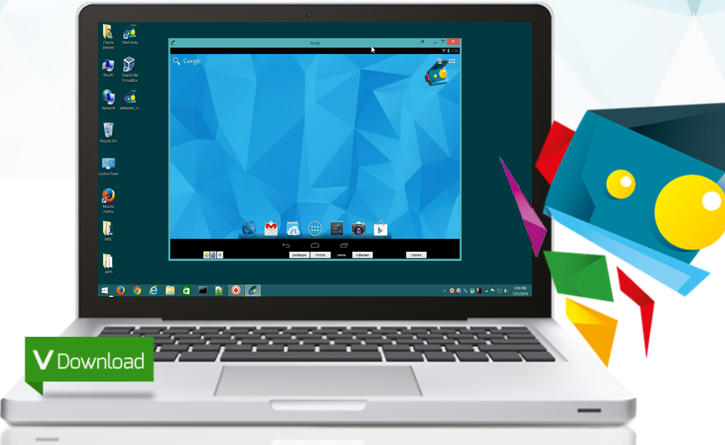 Andy is one of the most popular android emulators which turn your desktop into mobile. This emulator helps users to create a sync between desktop and mobile devices. It is easy to use android emulator which lets you use all of your favorite android apps, games, etc on your desktop for free. It supports all OS, like Windows, Mac, Linux, etc. It’s a multi-touch support system that gives you access to the local file system.

Furthermore, Andy is the best choice for playing games, because you also can use your phone as a remote control when playing games on PC. Andy runs all communication apps on the desktop and provides you unlimited storage as well. In short, Andy is a great choice for running android apps and games on PC. Download Andy from the official website and use your PC as a smartphone. 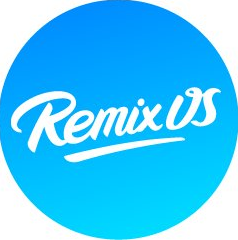 Remix OS is one of the great android operating systems for PC. If you are a game lover then this emulator is the best choice for you. Because this emulator has the ability to run all android based games on PC. It also allows users to play multiple games at a time. You can run multiple accounts on Remix OS and play any game from those accounts at once. It also support mouse, keyboard, file manager and a system bar. Not only this, but you also can unlock thousands of android apps on your PC with ease with Remix OS. Overall a great emulator for turning your PC into an android device. Download Remix OS now and enjoy games without interruption.

It is one of the best official gaming emulators for PC which lets you play your all-time favorite fight game on a big screen of PC. It does not only support so many configurations but also supports multiple languages which help the user to understand about emulator more easily. Its Anti-Cheat feature help users to prevent fraud and hack while playing online games. And the customizable smart keyboard is very smooth and easy to use which lets the user control a variety of games easily. It has fast and accurate control for playing fighting games and 2K resolution support 3A amazing graphics. Download official gaming emulator Gameloop on your PC now and enjoy high-quality games and android apps. You can select the best VPN for gameloop free from our blog. 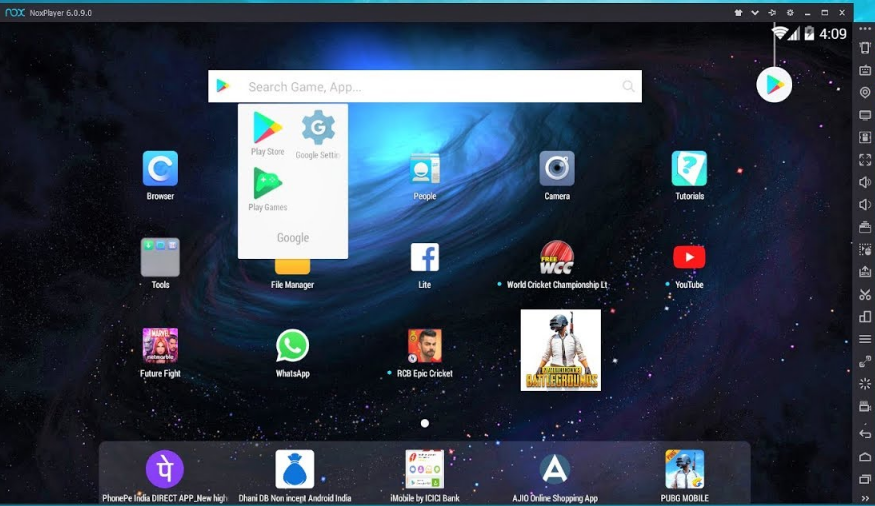 Nox emulator is one of the most stable and easy to use android emulator which create a virtual environment on PC. This emulator helps the user to run android apps and games on PC with ease. Nox emulator work guaranteed without crashes. This emulator support multiple controls like sketchboard, joystick, and many other options for their use for free. And its keyboard mapping feature provides you a great experience for playing android games on PC. In short, it is a perfect android emulator for playing games and run android apps on PC. Download one of the powerful Nox App Players on PC and Mac from here and enjoy create a comfortable android environment on your PC. 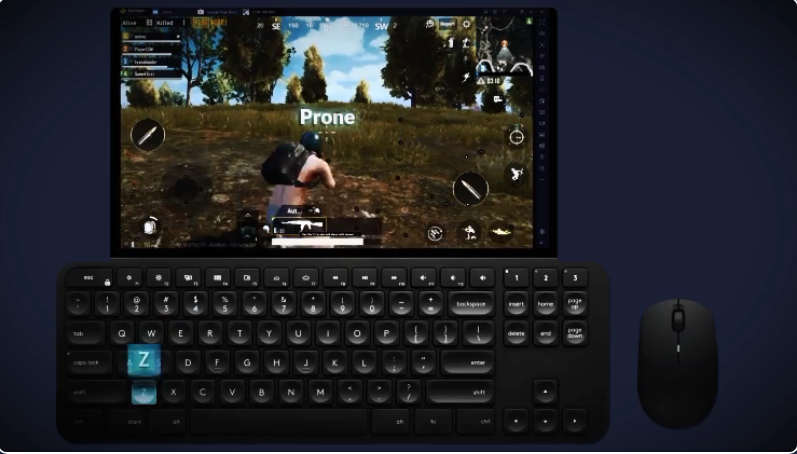 Bluestacks is the number one cloud-based platform product that is specially designed for running android apps and games on PC and macOS. You can level up your game experience with Bluestacks android emulator. Such as it provides you personalized game control and 6x faster performance than many other emulators. It also supports multi-instance sync and high FPS. Overall one of the most powerful android emulator which let you run any of your favorite app or game smoothly on PC and Mac. For more detail check our article on Bluestacks for PC and Mac. You can download Bluestacks from the official website of Bluestacks and run the app safely.